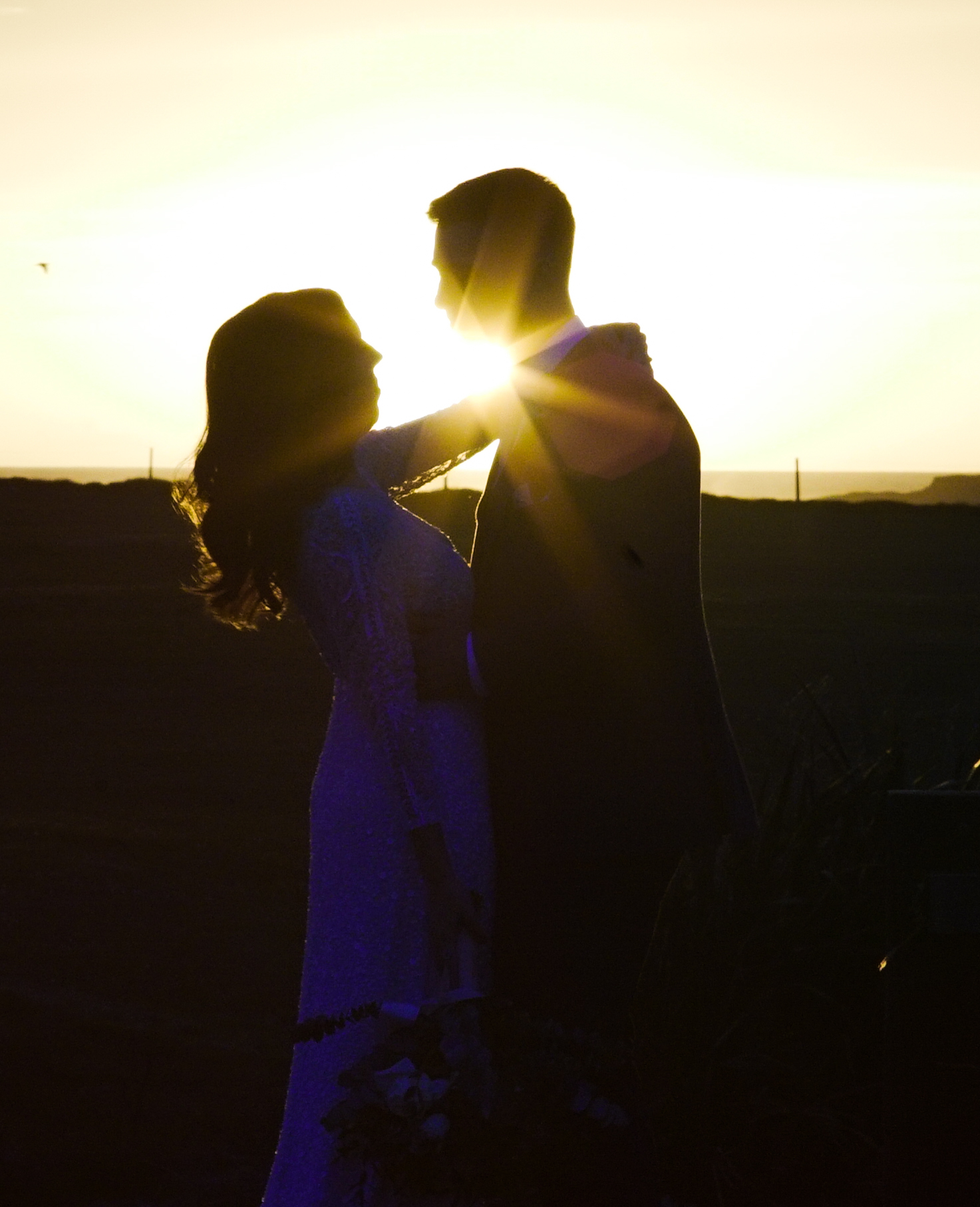 I love County Clare. Even though I’m a Dublin based filmmaker, it surprising how often I end up there. I like to think that my love of the county translates into an emotional connection in my films and that’s why couples getting married there book me. The reality probably is that I’ve a drone and get some great shots with it.

Katie is Irish. Dan is English. They live in Australia. They got married in Clare. It was a great choice for them and they celebrated a sense of being Irish that sometimes I think you can only get in the West of Ireland. There’s an unspoilt naivety that has transcended the 21st century. The Armada Hotel is a great choice as it both offers fantastic hospitality and a location second to none, perched on the edge of Ireland next to the wild Atlantic.

April can be an interesting choice…I often think the Crowded House song Four Seasons in One Day was written for Clare as literally you can experience all aspects of weather within a short time period. Luckily the wind was down and the sun was out so we made the most of the wild Atlantic scenery and captured an amazing sunset.

I ‘m very often blessed to work with some amazing suppliers on the day and that day was no different. Olga aka Mrs Redhead was the photographer and we work really well together. She really generates a sense of relaxed fun that translates to the couple and into the pictures. Sometimes couples are a bit nervous of having to pose, but with professionals like Olga (and me), we try to make it so that it’s no deal. I think Katie and Dan felt that. The celebrant was Dara Molloy and I know the ceremony he delivers is unique anywhere in the world. Thats probably why he’s so in demand.

When I was editing the highlights film together, I really try to get to the heart of the couple, because essentially, this film is a reflection of all the effort, work, worry, creativity and love that they put into their day. All the little details, every person they invited, all the words they said are important, so I try to find clips that make a story of their day, something that stirs up an emotional connection for anyone who was there. I hope I did that.